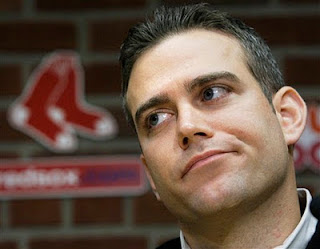 Paste your content here...If the Sox collapse a couple of weeks ago wasn’t unhealthy enough, the Boston media and Sox possession has a stunning time twisting the knife within the gapping wounds of Red Sox “Nation”.
ENOUGH ALREADY! Seriously, whenever i am going on ESPN Boston or NESN.com, i'm flooded with stories of clubhouse drinking, Terry’s pill popping or today’s gem of Ortiz reaching to the Yankees… that i'd honestly cry if I ever saw happen… This must finish.First off, Terry was an excellent manager….maybe one among the simplest the Sox have ever had. With the combined media influence and principally bipolar fanbase, he had plenty of crap to affect. He was solely doing what he thought was best in September, and perhaps he lost a number of his influence. Nonetheless, i think it had been time for TERRY to maneuver on, not the Sox. The Sox possession bred made f**ks who lost the need to win, and this whole issue was on the heads of the players. however with every story that comes out concerning Francona’s pain pills, or his wedding, i'm calling bullsh**. nobody ought to believe this crap, and if you hold it against Terry you're simply as boneheaded because the Sox possession. Sure, perhaps the stories concerning drinking, and also the fried-chicken-eating were true, however would we have a tendency to care if they won?….NO! nobody would provides a rat’s ass concerning if they won. i like beer and fried chicken…would i would like some to assist me relax before a game? I dunno….its sounds frickin delicious….and comforting.Overall, everybody must calm the f** down, perhaps have some fried chicken and a few beer (I am hungry now), and appearance toward Spring coaching. can Theo be back? No….Will the Sox be higher next year? They couldn’t be any worse than September, which could be a guarantee.
Posted by article at 10:56 PM No comments:

If anyone has not read the most recent issue of Sports Illustrated, I
suggest that you do. There is a terrific article about Dustin Pedroia in
it.
Some of my favorite quotes are:
From David Ortiz: "I don't think there was a player before him, and I
don't think there will be a player born after him that cares about
baseball more than Dustin Pedroia. I would have to see it to believe
it." He continues to say, talking about how much time Pedroia spends at
Fenway, "... One time I got to the ballpark just to get there before
him. And he was already there. I've stopped trying to beat him. There's
no way in hell you can do it."
Posted by article at 10:54 PM No comments:

bostonsportsrants 350+
Posted by article at 1:21 AM No comments: